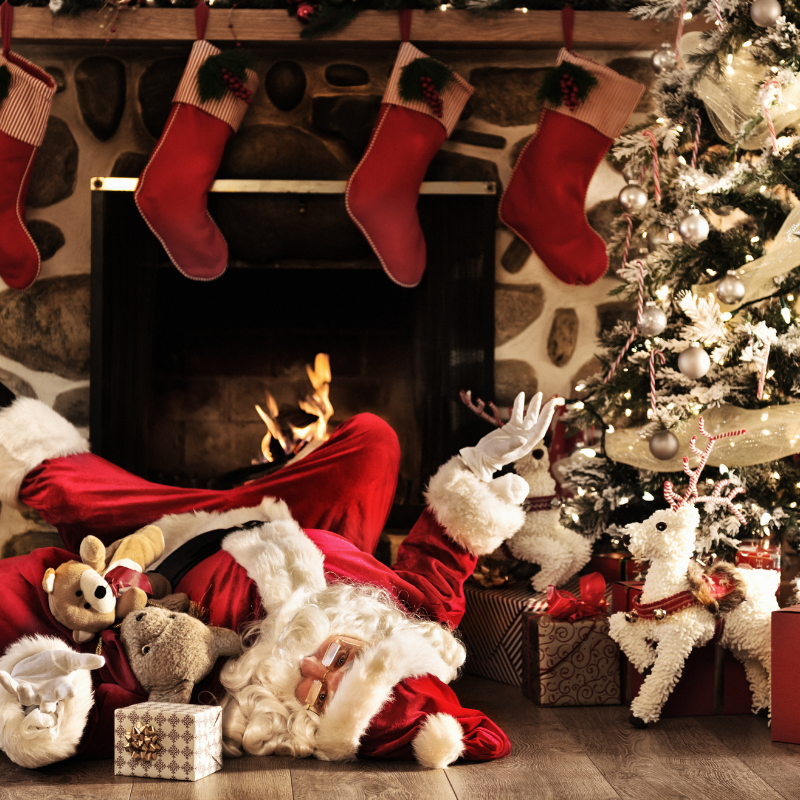 How much does it cost to insure Santa?

How much does it cost to insure Santa?

According to one UK underwriter, it costs approximately £27million to insure Santa per year!

You probably haven’t put much thought into the operational costs and insurance risks of running a toy factory in the North Pole, but we have… let’s call it professional interest.

It turns out our beloved Santa needs much more cover than your average 1750-year-old man and the cost is substantial, especially for a non-profit organisation run solely on festive cheer and magic dust.

From obscure pets with long-standing nasal ailments to super-fast flying vehicles laden with expensive handcrafted gifts, the insurable risks this jolly old man pose are certainly not the norm, so we took a look at what cover the big man needs to get our Christmas gifts delivered and spread joy to the world…

A workforce whose diet consists of candy canes and alcoholic eggnog can’t be healthy. No matter how magical these elves are, a team that prides itself on being ‘Merry’ all day, every day poses a significant ‘elf and safety risk.

If an elf accidentally gets his head stuck in a gumdrop or trips in a snow pile, there is scope for a claim. Employers’ liability will ensure that Santa is fully insured and his staff are looked after when an accident arises.

Santa’s toy workshop is the backbone of the whole Christmas operation. No one likes a Christmas Grinch but not only do merry elves pose a risk to themselves but also to their surroundings. A fire caused by some misfiring electricals could cancel Christmas quicker than you can say ‘mistletoe’.

Santa needs cover against fire, theft damage, and flood around the clock. If the worst was to happen and the factory lines are forced to shut, he may miss his Christmas Eve deadline. A good commercial property cover will get the toy production back up and running with minimal disruption.

We aren’t being rude (honest), but when it comes to travel insurance – a binge drinking, sleep-deprived, obese man over the age of 65 isn’t the ideal travel insurance risk. It might only be one night a year short trip, but Santa will visit every home in every country around the globe, which will take him to some far-flung and dangerous places. Most insurers consider chimney hopping an extreme sport, and riding a super-fast magic sleigh means Mr Claus ticks the box on winter sports too.

Firstly, magical reindeer are a rare breed from a long line of thoroughbreds which would likely hike up the cost of his pet insurance. Santa’s famous deer have been around for about 80 years now and are getting a little long in the tooth – but ho ho ho, don’t worry, there is a special age clause for his beloved companions.

Where Santa lives exactly is a bit of a secret, but we know a guy who once heard a bell and took a train to the Artic circle in his PJs. He told us that Santa has a 4-bedroom 1000-year-old listed wooden chalet in the North Pole, which he also uses for some business admin. He might only leave it unoccupied for one night a year, but the risk of flooding from when the snow melts all go towards increased insurance premiums.

This is the big one. How much do you think it could cost to insure a 1750 older man with a sleigh weighing over two tonnes that can travel at 1800 miles per second and carry up to £1.4 billion in toys?

Whilst we haven’t had many requests for this type of insurance ourselves, we know a few insurers that have quoted the big man in the past and the numbers are staggering.

The highest we have seen was a 24-hour temporary policy, which would set him back a staggering £5,033,000,000! (At least the low carbon emissions will mean he is saving a few pennies on road tax!)

After a year’s worth of hard work manufacturing, producing up to £1.4 billion worth of toys, gifts and presents, Santa would be a fool to take off Christmas Eve without good in transit cover. Goods In transit will cover breakages, missing sacks and stolen gifts.

This is one area where Santa can actually make a saving. Well possibly. It all depends on whether he receives payment for his deliveries. Without payment, he wouldn’t need hire and reward insurance, however, if he’s being paid, he will need this upgrade to stay on the right side of the law.

Now, this is where things get tricky. We all know that Santa’s operation runs on goodwill to all men and seasonal cheer, but all the mince pies and sherry and carrots and we leave him out each and every Christmas Eve sure do add up to a substantial amount of benefits in kind.

For the maths on this, let us just look at the UK. Santa scoots down the chimney to 29 million UK homes taking a mince pie in each home (let’s assume the approximate value of each is 20p) that would equate to a whopping £5,800,000!

Actually, maybe the bigger question here is – What does Father Christmas declare on his tax return?

What if Santa left a toy in the wrong spot causing trips and falls or scoffing down one too many mince pies got him stuck in a chimney? Possibly damaging carpets with soot, or if Rudolph knocked off a few roof tiles? These are all real possibilities for Santa, resulting in a high probability of a claim. Public liability cover will cover him for any damage to other people’s property on his way around the globe.

Taking into account the billions of presents Santa has to manufacture and deliver, the magical super speed of his sleigh, as well as his old age, property portfolio and travel risks, the total amount estimated it would cost to insure Santa is a whopping £27million.

We are using cookies to give you the best experience on our website. You can find out more about which cookies we are using or switch them off in settings.

This website uses cookies so that we can provide you with the best user experience possible. Cookie information is stored in your browser and performs functions such as recognising you when you return to our website and helping our team to understand which sections of the website you find most interesting and useful.

Strictly Necessary Cookie should be enabled at all times so that we can save your preferences for cookie settings.

If you disable this cookie, we will not be able to save your preferences. This means that every time you visit this website you will need to enable or disable cookies again.

This website uses Google Analytics to collect anonymous information such as the number of visitors to the site, and the most popular pages.